Any compromise is bad! 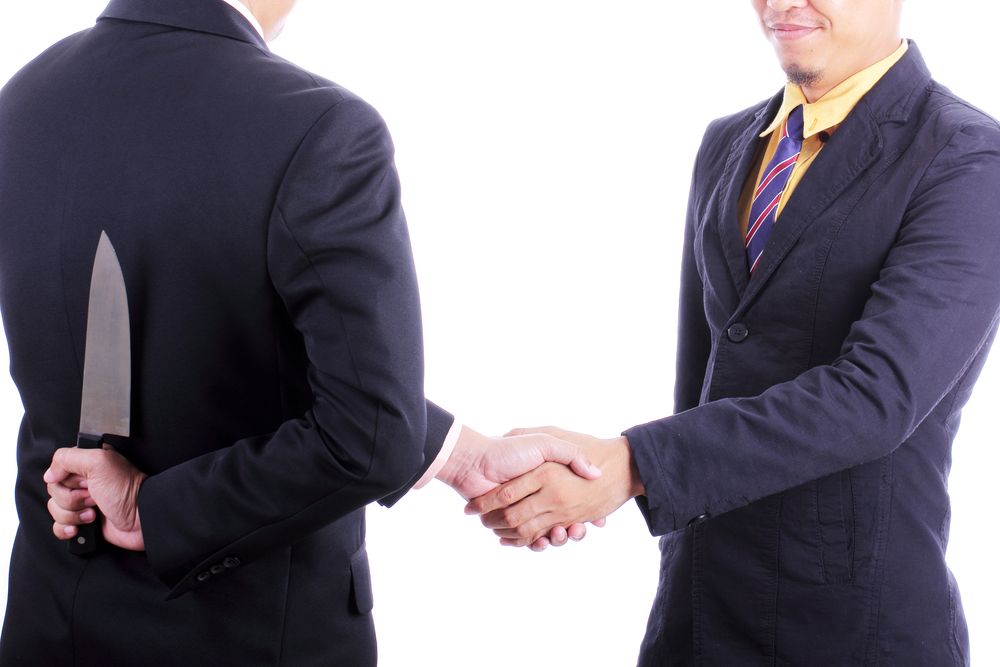 Surely you know the phrase: “That’s a bad compromise!” Maybe you use it yourself. Do you remember when you last used it, or when you use it in general? We often talk about a bad compromise, if an agreement is reached in a conflict situation where one of the parties in the dispute draws the proverbial short straw, without noticing it.
Or only realises it later.

The trust is destroyed
What happens then? The supposed relationship of trust that was built up through the compromise is destroyed. Often, we feel ripped off by the other person. How do you feel about this situation?

Waivers cause deficits
By definition, a compromise is a means of conflict resolution whereby each party waives some of their desired demands. And that’s right where the problem starts. Who waives more of their demands? Who backs down the most? Do you make more concessions, or is it the other party?
This “bad taste in the mouth” arises with every compromise.
Sooner or later, you regret having reached the compromise. And why? Because your waiver results in a deficit.

Forget compromises, build consensus
Compromises lurk everywhere. In your relationship. In your job. Whether it’s holiday planning or the home furnishings. Whether it’s the compromise in salary negotiations or in project planning. In succession planning, in the division of the parental home among siblings. No matter.
Suddenly, you’re on holiday somewhere where you don’t actually want to be. Suddenly, the dispute with your brothers and sisters about sharing the inheritance is heading for litigation. Suddenly, you are not actually the new managing director, but rather your predecessor’s puppet.
The list goes on and on indefinitely. But that doesn’t have to be the case. Forget the compromise, and build consensus.

WIN-WIN for both parties
Consensus means achieving a win-win situation for both parties, without a party having to waive any of their demands. You don’t think that’s possible? It is!
For example, mediators work using the so-called “consensus model”.
The basic principle of this model is to find common ground, so-called overarching common goals, topics, concerns and needs. Then the conflicts, emotions, accusations, demands (no matter whether positive or negative) contained therein are considered. Only then is solved what needs to be solved.
In this way, it is easier to establish a good track record of the agreements.

Get help!
I know it from my own experience. It is not easy to maintain neutrality and/or objectivity if you are involved in a conflict. In fact, it is almost impossible. Because us humans are emotional beings (and that’s good). But during a dispute, this doesn’t really help. Which is also OK.

Simply get help. Before you slide into an unresolvable family conflict because of an unjust inheritance. Before your business faces collapse because there is no agreement on succession planning. Before projects fail because the project participants don’t get along with each other. This list also just goes on and on.
Precisely in such cases – and many more – it makes sense to seek help from a certified mediator, who knows exactly what methods and empathy they can use to help you and the opposing party reach a peaceful consensus.
And by the way:

It is certainly much cheaper than fighting with each other in court. Usually, the parties in the dispute share the costs of mediation. There are no court fees, own legal fees or legal fees for the other party’s lawyers.

If you would like to know more about mediation in general, or if you have a specific issue, let’s chat.
You are welcome to send me a short message!

Until then, stay healthy!